Remember when it was nearly impossible to buy disinfectant wipes? In the early days of the COVID-19 pandemic, people desperately wiped down surfaces to prevent the spread because initial studies showed the virus could live on certain surfaces for weeks.

But later in 2020, newer studies showed touching a contaminated surface was not the real reason the infection was spreading. Most people were getting sick from virus-laden nasal droplets transmitted in the air.

Now, new research from University of Utah biomedical engineering assistant professor Jessica Kramer explains why the coronavirus is not really transmitted by touching surfaces. And it all has to do with our mucus, the slimy gunk that comes from our noses.

Kramer’s research was published in the newest issue of ACS Central Science. You can read a copy of it here.

In a laboratory, the research team tested two transmission modes: direct contact, such as touching, kissing, or a nearby sneeze, and infection from touching a contaminated surface. Researchers learned that without mucins to act as a barrier, the virus was able to spread well from surfaces or direct contact. But with the mucins in mucus and saliva, the rate of infection drops significantly when the mucus and the virus dry on the surface. That could happen in as little as just a few minutes, she says.

That’s because mucins are a special class of proteins that have sugars attached to them. The virus itself binds to the sugars instead of attaching to the surface of a human cell to replicate. The mucins act as a decoy to bind and trap the virus before it gets to the cells underneath.

Kramer’s team confirmed that without mucins, the coronavirus was viable and infected cells after recovery from a variety of common touch surfaces, including plastic, glass, steel, and surgical masks. Virus samples were infectious even after sitting dry on plastic for several days. However, when scientists recovered virus dried in simulated sneeze droplets with mucins, infection was essentially eliminated. This was true whether the virus had been dry for five minutes or three days.

Prior lab studies throughout the pandemic reported that coronaviruses are viable on surfaces for days or even weeks. However, these studies examined virus in water or a buffer rather than salivary fluid.

“This research explains how the mucins work, which we think is important,” Kramer says. “If we understand how they block the virus from infection, we can develop drugs that mimic that action.”

This new knowledge could help lead to new drugs that might be used by healthcare workers and first responders in high-risk environments. These drugs could for a short time prevent the virus from getting into their cells, as opposed to a vaccine that fights off the infection once it’s already in the cells. 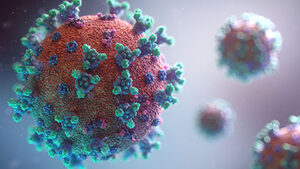 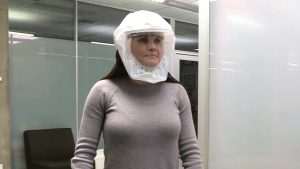 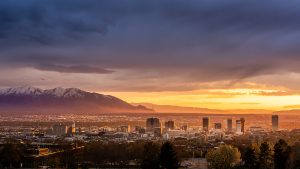